How to Sell a Trademark Part I: Avoid Auctions

It might sound reasonable to sell a trademark by auction. A trademark is a unique item, like a work of art or an antique, so why shouldn’t it be sold the same way as those types of items?

But only some works of art and antiques are sold at auction. Most are sold for fixed prices at galleries and retail stores. The ones that are sold in auctions are rare collector’s items whose values are speculated on by a narrow group of enthusiasts.

Trademarks are not collector’s items; they’re business assets. And though each one is unique, it’s largely fungible with thousands of other trademarks if it’s not attached to a famous business. As with antiques and works of art, maybe 0.01% of all registered trademarks are valuable enough to turn any heads or make headlines when they’re listed for sale.

In this article we’ll explore the theoretical probabilities involved in listing a trademark for sale. Then we’ll go over a real world case study to demonstrate why auctions are not the best way to sell trademarks.

The Market Math of Selling a Trademark

When you list a trademark for sale, you’re not hoping it will be picked up by a collector, nor even a speculator. The people who want to buy trademarks are people who need registered trademarks for their businesses. Usually they’re either starting a new business and they want to avoid risk and save time, or they have an existing business and need to change their name quickly because of a trademark conflict.

These potential buyers aren’t monitoring trademark marketplaces for months or years, waiting for the perfect trademark to show up. They’re in urgent need of a new brand name and their window for browsing and buying trademarks will probably last sometime between a few days and two months.

Even if your auction is widely publicized and reaches millions of businesspeople, the timing won’t work out for the majority of your likely buyers. Here is a hypothetical:

If you list a trademark for auction for one month with a minimum bid of $2,000, there’s a 67% chance that one likely buyer will be looking to purchase a trademark during the course of your auction. If you’re lucky, they’ll buy your trademark. However, if they do, they won’t be competing against any other bidders, so they’ll win it for the lowest price possible, even if they would have been willing to spend more on it. If you’re really lucky, two likely buyers will need a yoga mat trademark at the same time, and they’ll bid against each other, likely ending up somewhere around $4,000. Even if one buyer in the bidding war is willing to spend $6,000 on the trademark, they won’t have to if the other buyer is only willing to spend $3,500. The bidding will stop just above the smaller of the two budgets.

On the other hand, if you list the trademark for sale at a set price of $6,000 on a trademark exchange, and you’re willing to wait for at least one year, that means 12 likely buyers will need a yoga mat trademark while your listing is active. In effect, you’ll have between six and 12 times as many people considering purchasing your trademark.

All this means that with an indefinite-length listing, you’re much more likely not only to sell your trademark, but to sell it at the high price you want, than with an auction.

You might ask, “Why not just run an auction with a minimum bid of $6,000?” Sure, you can do that, but you’re probably going to have to re-list your trademark several times. This means you’ll have to pay extra listing fees and you’ll have to spend a lot of time and energy on these auctions. Potential buyers may also see that you’ve had several failed auctions in the past and wonder why nobody wants your trademark. And while it’s possible that you might end up with more than $6,000, it’s extremely unlikely, unless you or your trademark broker undervalued your trademark. The point of the minimum bid in an auction is to set the lowest amount you’d be willing to accept. The point of a listing price on a trademark marketplace is to set the amount you’d prefer to sell the trademark for. They shouldn’t be the same number.

How to Sell a Trademark: A Case Study

To demonstrate the inferiority of trademark auctions, we have a surprisingly convenient real world case study of two trademarks for very similar names and the same goods listed around the same time. One was listed on Communer and the other was listed on eBay.

The owner of a nutritional supplements trademark, LivePerNature, listed their trademark for sale on eBay around the end of April 2021. It was listed in an auction with a buy-it-now price that the seller gradually decreased as the end of the auction approached. The seller also included a matching domain name, LivePerNature.com, as part of the package for sale in the auction.

They ended up selling their trademark for $2,000 on May 18, 2021. To figure out how much the seller walked away with, we have to factor in the following costs:

This means the seller walked away with about $1491.70 after all fees.

After Communer’s 25% commission and roughly 4% transaction fee (higher than our typical 3%), the seller ended up with $6280. The seller did not have to pay for the drafting of a trademark assignment agreement because Communer drafted it for them at no additional cost.

Aside from those differences, the cases are remarkably similar. The names start with the same word, the products are almost identical, and the trademarks were sold five days apart.

Because of this strange coincidence of two extremely similar trademarks being listed around the same time, we now have a remarkably clear look at the different outcomes a trademark owner is likely to end up with based on where and how they try to sell their trademark.

I hope this tale of two trademarks will help some sellers realize the folly of putting their trademarks up for auction rather than listing them on a static marketplace like Communer. 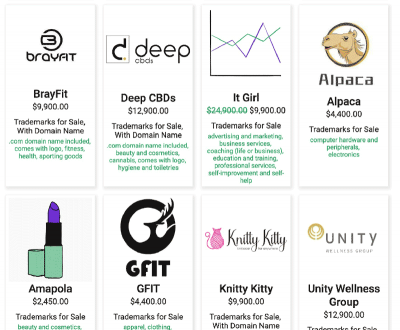 How Much Is My Trademark Worth? With Valuation Examples.

In my previous post on my law firm’s blog about appraising trademarks, I gave a very detailed explanation of my formula for determining the value 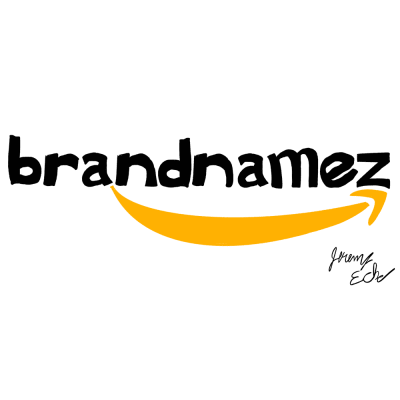 Your seller name is one of the most important choices you’ll have to make as an Amazon business. Not only should the name be appealing 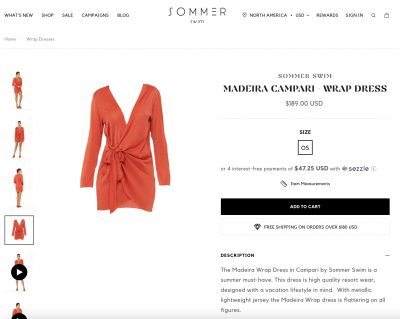 Though Communer’s flagship products are registered trademarks, we also sell other intangible goods including legal guides. Our first guide available is our Trademark Specimen Handbook, 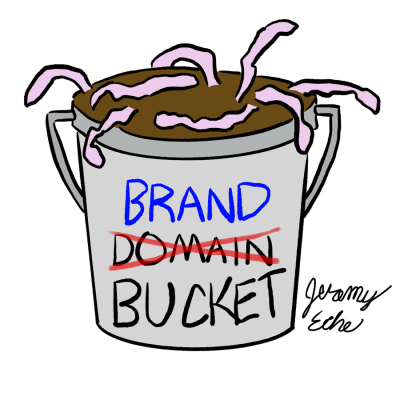 Brand Names for Sale? Not at Domain Marketplaces.

Do you remember when Apple bought Beats by Dre for $3 billion in 2014? Why do you think Beats was worth $3 billion to Apple?